In this post, I’ll be talking about this Summer’s big hit –  Re:Zero. For those that haven’t watched it and plan to, I’ll be spoiling parts of the show up until episode 13. So be warned.

You’d be hard pressed to find a seasonal anime-watcher this year that hasn’t heard of “Re:Zero”. The buzz for this show while it was airing was astounding. Its combination of action, suspense, and attractive heroines, made it an easy favorite for the average anime fan or otaku. The show made it very clear what kind of narrative they wanted to create and the kind of audience they were trying to attract. 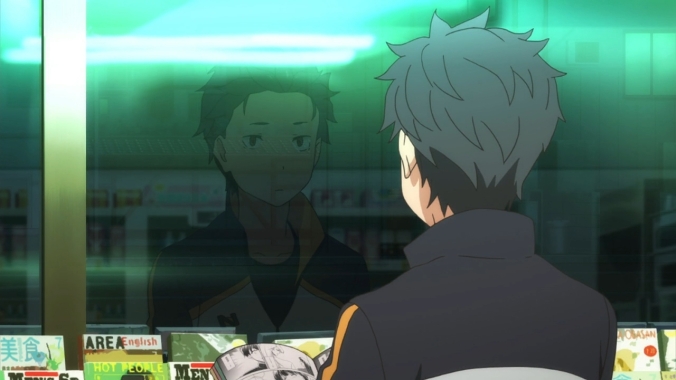 …Which made it all the more strange when episode 13 rolled around. For those still around that have not watched this episode or don’t remember, this was the episode with Subaru’s breakdown following the events of his duel with Julius. I won’t go through all of what happened but here’s the important bit: Subaru’s breakdown ends with him stating that Emilia owes him a debt that she could never hope to repay. He had been given nothing for his silent acts of heroism and in his craze he demanded the best compensation that he could think of for all of the torture that he had to endure: Emilia’s love.

Now, this obviously didn’t sit well with me and I don’t expect that it did for many others. But not just because of his repulsive actions, but also because of the implication of his character. Before this arc, Subaru was portrayed as the template light novel protagonist – the nice guy that is thrown into a weird situation where he triumphs with sheer force of will and the god given talents of the Everyman. This kind of character is known by many to be the self-insert character for the otaku that read this kind of material to escape. 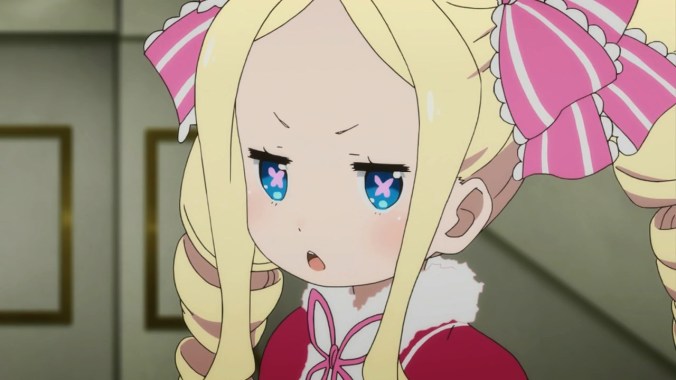 I refuse to put in a picture of Subaru’s breakdown so here’s Beatrice, かしら

So with that in mind, the events leading up and including episode _ feel all the more unnerving. Subaru is killed time and time again because of his nice-guy attitude, but continues onwards only to be mentally broken down by the endless cycle of torture. This all culminates to the climax of episode 13 where his character is literally broken down. He seems to represent the self-image of Re:Zero’s otaku fans – nice guys that try their hardest to help the girl of their dreams, only to receive no reciprocation for their unnoticed actions.

It was pretty uncomfortable to watch this episode that ones that followed, but it certainly gave me something to think about.

Sorry for the short one, seems like I’m experiencing some writer’s block while simultaneously running dry on ideas for topics so this one’s more half-baked than the others. This was just something that I thought about while watching Re:Zero regarding the author’s intent so if you disagree, let me know in the comments.