Sakura-sou holds an interesting title in my repertoire of watched anime: highest score deviation. Back in 2012, I watched Sakura-sou (otherwise known as “Sakura-sou no Pet na Kanojo” or “The Pet Girl of Sakura-sou”) as it aired and thoroughly enjoyed it. It was a show that really resonated with me as the year of its airing was my final year of high school. I was graduating and going into a career path that very similar to that of Sorata’s. His struggle to find something he could pour all his effort into reminded me of my own struggles early in high school. I found my love for programming through gaming and wanted very to create my own game someday, much like our main character. The rest of the enjoyment I found in Sakura-sou was probably through its drama and interesting characters… I think.

I’m not entirely sure at this point. 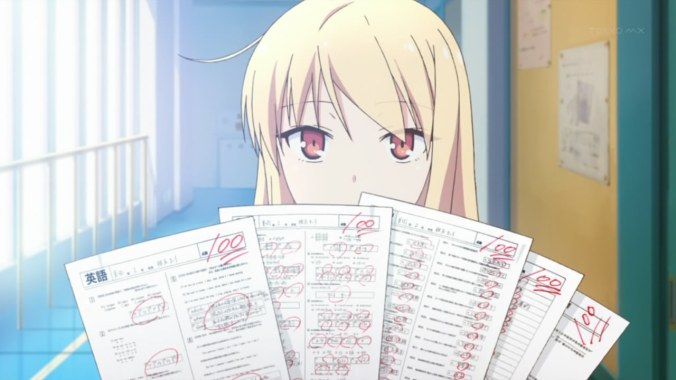 I’ve written once before about my “opinions” in the past– a lot of the time, as long as I felt something emotionally resonant in the show during its run-time, I liked it. In this case, I felt that the endeavors of the main character and general narrative was relatable and interesting enough to be a masterpiece in my book. It stood as one of two 10’s in my anime list for a while until University started.

A couple years passed and my outlook on anime changed, but my top anime list remained the same. Re-watching anime wasn’t something that I did often and this included Sakura-sou. My memories of Sakura-sou faded over time but the feelings I felt while watching it remained, so I kept it high on my list. My passion for anime was re-ignited during the first few years of University and the number of anime that I watched grew quickly. My list was soon flooded with new anime and consequently new scores. I found it harder and harder to compare new anime to the old ones so I decided I would re-watch the ones I enjoyed the most to see how they compared to the recent stuff.

This year I finally got to re-watching Sakura-sou and well, it had a good run. 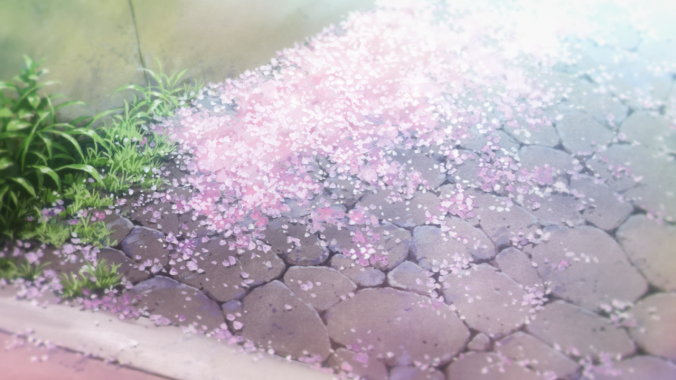 I had a lot of problems with Sakura-sou upon re-watching the show. These mostly stemmed from the show’s insufferable main character, poor treatment of its female leads, and confusing final message.

Sorata this time around was surprisingly irritating. He was thoughtless, immature, and unbelievably dense. Everything he did felt wrong, spiteful, or just childish to me and that made him an incredibly unsympathetic character. Time and time again, he lashed out at Mashiro for his own inadequacies then reconciled with her when he realized that she was hurt. Their relationship felt extremely unhealthy to me, but the show advocated their pairing through to the very end.

Mashiro felt less like a character and more like a doll. She was the genius to contrast Sorata’s normality, but that was all that she was. Her character was inches deep and all of her problems were centered around and required the assistance of Sorata. She never grew as a character and all that we were left with was what felt like an object of perversion for both Sorata and the audience.

Nanami was the one character that I rooted for the most during this re-watch. She felt realistic and relatable; she worked hard for her dreams and expected a lot out of herself and the others around her. The consequence of her expectations was handled well, I’ll admit, but her conclusion was confusing at best when attempting to understand what the show was trying to say. Nanami ends up failing to pass her audition and goes back to her home town to try to convince her family to give her another shot. The anime ends with her back at the dormitory but in the light novel (from what I hear) she doesn’t show up ever again. Sakura-sou seems to be sending some serious mixed messages. The series ends off with Sorata and Nanami failing at their respective goals. This would mark the second time that Sorata has failed at what he wanted to do. Is the show trying to tell us that hard work isn’t enough to bridge the gap of talent? That doesn’t seem quite right. How about, “you can only accomplish your goals by working together”? After all, the gang’s successes all came out of group efforts. Possibly, but this wouldn’t relate at all to the dichotomy between the characters and leads to me think of a more cynical final message:

Success can only be found by joining hands with the already successful.

This would suggest a horribly bleak outlook on life – one of a person that has given up on working hard to achieve their goals.

But I can’t be sure. 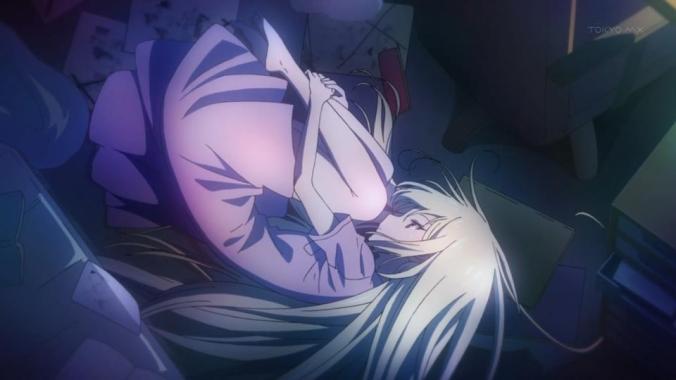 Sakura-sou certainly isn’t my favorite show anymore, but it’ll stick with me for a while. It signifies the changes in my perspective in the years that passed since high school – changes that I’m quite happy with. My memory of Sakura-sou is certain to fade again, but I’ll keep these feelings close to me for a while longer.

2 thoughts on “[Five] The Varying Shades of Sakura-sou”