With this anime season’s premiere week well on its way, I’ve decided to start writing weekly about the things that I’m watching this season. As it turns out, skipping out on writing for two weeks really takes a number on both my ability and motivation. Who would’ve guessed. These posts will hopefully keep the rust off my writing while I figure out my next article.

This week, I’ll be talking about my first impressions of the anime that I’ve gotten around to watching. There’s a couple of shows that I missed out on that I still need to catch up on, but I think I’ve caught a good chunk of the things that interested me. A couple of these shows were kind of hard to talk about for a number of reasons, so those sections will be pretty short. And of course, this is just my impressions of the show so please, no pitchforks.

And without further ado, let’s get to it!

I first watched Blue Exorcist shortly after its initial airing in 2011. I liked the series back then because it fell within the Shounen-battle genre that I enjoyed so much in middle school and was executed well enough for me to enjoy it. With my generally good feelings towards the series, I probably expected a bit too much going into the second season – especially given the serious continuity issue that came with creating a new season.

For those who don’t know, the first season followed the source manga until about episode 17 with the remaining 8 episodes being anime-original. The reason for this being that the anime had caught up to the source material. For the second season, they decided to retcon these 8 episodes and continue forward with the original source from that deviation point. Now for those that knew about the continuity fix going into the episode, it probably felt fine. But for me, without that knowledge, the actions and reactions of the characters felt pretty jarring. All of the developments between the characters and their individual growth that we saw in those last 8 episodes was thrown out and reset. And it wasn’t made clear to us when exactly this episode took place until the flashback that was shown 20 minutes into the episode.

Maybe it was just me, but I expected this episode to slowly bring us, the audience, back into the series gently and possibly even allow newcomers to join in on this second season. But that really wasn’t the case. They did decide to briefly run through the main characters’ drives and internal conflicts, but this was done far too quickly and without much grace. So what we got was a lot of seemingly random conflicts between characters with quick and quiet ‘resolutions’ before the show dove into an info-dump of the over-arching conflict of the season.

Narrative execution aside, the episode felt pretty underwhelming in the art and animation department. The episode was littered with flashbacks, wide angle shots populated with cg objects, and repeated frames overlaid with exposition. The opening looked and sounded pretty nice, but I’m not sure that I am comfortable with the direction that A-1 is going with these. This style was also used for Asterisk War’s second season opening (possibly the first too?) as well as one of Sword Art Online’s second season’s openings. And while it looked nice, it was largely a composition of special effects over still images or short clips. I may be completely off base with this, but this episode really felt like a lesson in anime cost-cutting.

I’ll probably give this season a shot for nostalgia’s sake, but things aren’t looking too good.

I wasn’t expecting a whole lot going into this show from the premise. The main character’s motivations seemed pretty petty to me, but I was holding out on the hopes that the show would end up something like KonoSuba or at the very least, be funny. But none of these two things happened. The comedy in the show was largely unfunny and the show seemed to take its petty premise seriously, glorifying the behavior of the main character. There was also a lot of uncomfortable implications of the author’s perspective in the actions of the secondary/background characters that I really didn’t care for. And with all that, I’ll probably pass on this one this season.

Did it have to be this guy that tries to attack Aki?

Saga of Tanya the Evil

I usually don’t watch this kind of thing, but my morbid curiosity and my internal voice actress bias compelled me to sit through it. There are a lot of anime that feature world war-like settings and stories, and I’ve never been interested in any of them. These kinds of shows feature an outlook on humanity and an atmosphere that I largely disagree with and am uncomfortable with. I gave Tanya the Evil a try mostly because I knew that Hayami Saori and Aoi Yuuki would be in it, however their stellar performances weren’t enough to keep my interest in the series. But hey, at least the explosions looked nice.

Gabriel Drop-out was surprisingly good for what it was. I was definitely expecting the shift in direction of the show after the introduction, but it was executed extremely well. I laughed more from this show than any of the other comedy anime this season (and there are a lot). Some of its jokes were mildly uncomfortable, but the show was so densely packed with jokes that these missteps were tiny in the scope of the episode. The pacing did feel a little fast because of the sheer amount of jokes thrown in, but it felt fine for the most part. I do worry that the jokes might get old if no over-arching story is introduced, but we’ll have to see. 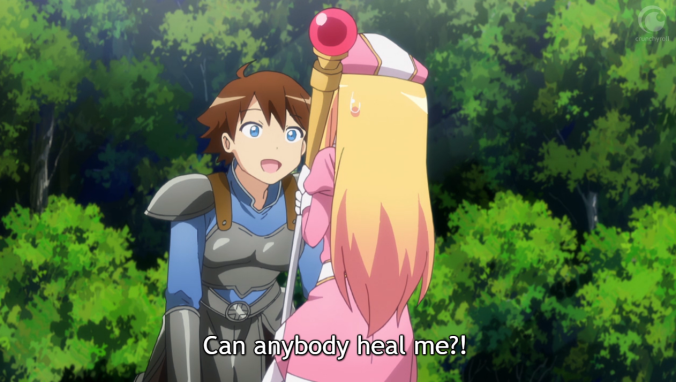 I had been following the manga for Demi-chan for a while before the anime was announced and I was really excited to see this one. However, after watching Blue Exorcist and seeing that A-1 was also the studio behind this one, I was a little scared (I do realize this fear is completely without basis). Fortunately, Demi-chan’s adaptation was more than I ever hoped for. All of my complaints with Blue Exorcist were non-existent in Demi-chan. Every scene was meaningful and well executed and showed a lot about each and every character without shouting out their life stories or individual crises.

There was one scene in particular that I liked a lot. In this scene the Yuki-onna (snow woman) was looking out at the sunlit window in a dark classroom alone, while the Takahashi was narrating about his understanding (or lack-there-of) of Demis. We don’t know a whole lot about this girl outside of her species and she showed up only once, passed out from too much exposure to the summer heat. But from this scene we can understand a lot about her struggles as a Yuki-onna. She looks through the window at the sky likely yearning to go out like her classmates, but is stuck inside because of her special circumstances. The content of the narration makes this choice of background animation all the better. Anime is a visual medium and Demi-chan fully utilizes all the tools that anime has to tell an even greater story.

The success of the show for me was not in small part due to the performances of all the voice actors and actresses. Junichi Suwabe (the voice of Victor in Yuri!!! on Ice) as Tetsuo Takahashi and Kaede Hondo (the voice of Yae from Girlish Number) as Hikari Takanashi knocked it out of the park. Their chemistry and individual talents carried the show to greater comedic heights. Yoko Hikasa (voice of Mio from K-ON) as Sakie the succubus and Minami Shinoda (voice of Makoto from Flying Witch) as Kyouko the dullahan did very well in their scenes and I look forward to their performances as the show goes on.

Demi-chan is definitely my favorite of the season by far and I seriously look forward to seeing more. 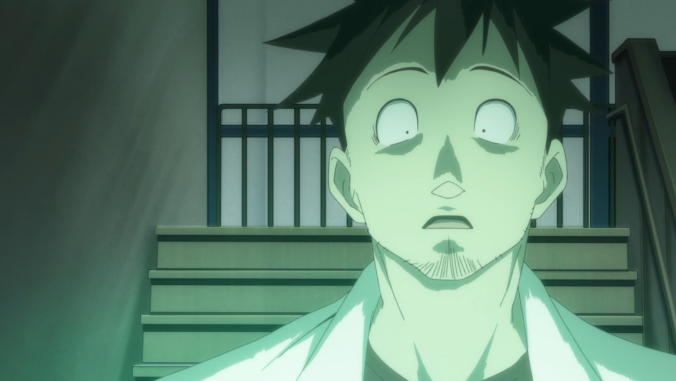 Fuuka – I’ve been saving this one to watch with a friend of mine who has also read the source material. Expect this one in the next installment.

Idol Incidents – I’ve actually heard good things about this one and I’m looking forward to watching some quality idol goodness.

And that’s all! This was pretty tiring to write but I’ll keep at it. With any luck, the next episodes will have a lot to talk about, but if not, at least there’s Demi-chan. I might include stuff I’m watching from last season that’s continuing but we’ll have to see.