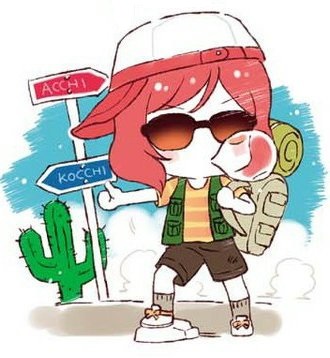 So it’s been a little while since my last update post and I’ve been thinking a lot lately – about the blog, and where to go with it, and what-not. Things have been a little quiet over here. I’ve been putting out weekly impressions posts but nothing that I’d consider to be a “real post” – which is weird to say (more on this later). I’ve been itching to write something a little more substantial for a while now, but I haven’t the time to actually work on it…. Which is one of the many excuses that I gave myself to not put out anything other than the weekly stuff. Like I said, I’ve been thinking a lot about a lot of things and I kind of want to put it to words. It’s easier to verbalize in parts so I’ll break it down into sections. But be warned there’s a lot of text and rambling, so I’ll probably put in a short summary (i.e. an actual update) at the bottom.

I’ve actually been enjoying writing these impressions posts (for the most part). They’ve given me a chance to put my thoughts on anime to words and with a deadline – ensuring that I actually write. In my mind however, these posts aren’t really “real posts”. They are relatively low effort, not requiring any research or too much editing, and don’t eat up too much of my free time. With these posts, I have the freedom to write whatever I want since it’s implied that it’s just my opinion. There’s a low-ish risk of backlash and they don’t have to be comprehensive, which means that I can just skip over things that would be a little harder/controversial to talk about.

I like the ease of writing for these things but they don’t feel particularly valuable. I remember liking these kinds of posts from bloggers I followed because (sometimes) they were verifications of my opinions or feelings on certain shows or ideas – feelings that I couldn’t express or share confidently with others. And at best, I hope that my weekly posts could be valuable to some in this way but otherwise, it feels like nothing more than self-indulgent writing.

Which in some ways is fine to me.

After my first impressions post, I was feeling a little apprehensive about continuing on with the posts. What I put out was essentially criticism and I wasn’t even sure that I was qualified to put it out. I’ve never had formal education in film studies, writing (past high school), animation, or art – subjects that anime criticism almost exclusively covers. My posts didn’t add any grounded criticism or observations to any of the shows so what were they worth? Obviously, I haven’t quite moved past this idea, but I have continued writing the posts and that is thanks to both Haruhi and Arria.

A couple of days after my first post, I read Haruhi’s article on criticism and Arria’s comment on the post. I’m not sure if I can even link comments here so here’s a snippet:

“I don’t believe there’s a “correct” way of writing an anime critique post. This is the Internet, not a university. If I want to write a critical essay, I would write it and hand it to my professor at school. But as a blogger, I don’t want to sweat too much about it. I just want to be as creative as I can be, writing posts in the way I want to write them, and most importantly have fun in the process.”

Haruhi’s post and Arria’s comment opened my eyes a little on how stupid my worry was. This thing has been helpful to me in developing my writing, confidence, and interpersonal skills – it’s been valuable to me and that’s what’s important.

That being said, I’m still on the fence about continuing these posts. Stopping would give me time to write something more substantial, which would fill the same space as these weekly posts, but the more substantial posts might not even come out. I’m not sure where to go with them but if even one person has gotten something out of the posts, I’d be glad to continue.

There’s been a lot of goings-on in the world extending to my twitter-sphere/personal bubble and I’ve felt a need to join the conversation. I haven’t however because of my serious lack of confidence and time, and for fear of backlash. The state of affairs literally everywhere has kind of detracted from my willingness to write about things like Japanese cartoons, but I don’t really want to blog about the dumpster fire.

This was partially the reason why I felt the need to write about something more substantial, but for a little while now, I’ve wanted to write about sillier things. I’m at the point where I feel the need to decide on what kind of content I want to put out on this blog. I think my answer should be “whatever the hell I want”, but at the time same time, I’m not super comfortable with that vague direction.

For my 12 days posts, I relied mostly on past experiences to put out something and these weekly posts have been guided mostly by my gut reactions/observations about the shows. I feel like my blog is mostly a ‘layperson’s opinion on stuff’ blog and that might be okay. I really don’t know where I want to go but for now I guess this is fine?

I’ve always sucked at using social media and my twitter account is no exception. At this point, my account is a glorified post feed for my blog. I said it before on Twitter, but it’s pretty hard to jump into the conversation (at least for me) so I mostly keep quiet. I like to use it to keep up with my fellow bloggers and update my followers whenever stuff is out, but otherwise it’s a source of news and cute pictures for me. I guess being a lurker for long makes it hard to engage with people.

THAT BEING SAID, I’m trying to get a little better at it. My main focus with Twitter isn’t to use it as a platform to expand my viewer base, but I do still have my goal so I think I’ll try reaching out a bit more.

That was a lot of random little things that I was thinking about this week and I apologize for the length, but I wanted to write it out so that it’d be a little easier for me to understand, think about, and solve. I’ll continue with the weekly stuff for now, but I think I’ll prioritize actual articles in my free time – so look out for those (no promises though).

Thanks for reading and sticking with me,

2 thoughts on “Update: Directions and Rambling”