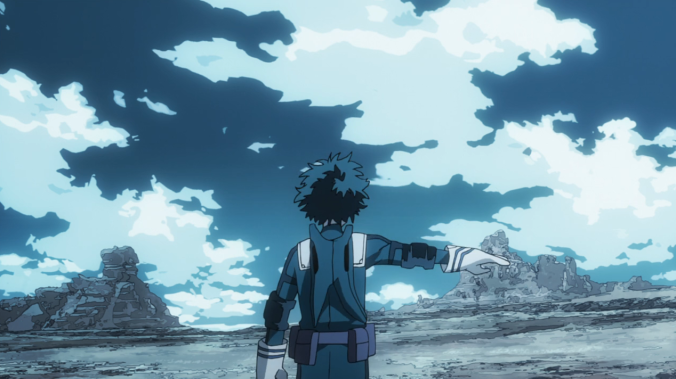 This season of My Hero Academia has already been a far departure from its relatively humble shounen-beginnings. From the introduction of Stain and the rise of the League of Villians to the acknowledgement of the police force and some explanation on the history of the world, we’re beginning to see threads of something darker and more foreboding. Through the eyes of the kids at U.A., things have remained relatively peaceful despite Stain’s capture and the viral spread of the video he was featured in. Even Kaminari, a part of the gang and one of our many cherished children at U.A., thought that Stain looked pretty cool. His understanding of Stain and the class’s perception of the world as a whole reflected a certain kind of ignorance that is perfectly understandable given the circumstances, but irrefutably present. They’re all just high school kids looking to follow their dreams, become heroes, and help people (for the most part). Not to mention that the hints of a harsher world, these inklings of darker themes, are all shown to us in places outside the view of the children. They exist within Stain in all of his being and all of his influence, the exist within the lair of our big bad – the holder of All for One, and they exist in All Might’s mind in the words that he couldn’t bear to say to Midoriya.

With My Hero Academia it feels as if we’re standing at the edge of an abyss. Behind us is the hopeful ignorance of high school – the ephemeral time in which we could just be kids with dreams. Ahead of us lies the point of no return, where we change permanently; for better or for worse and whether we’re ready or not. The real world around us and the ideas that surround us start to trickle into our lives and into our very beings. The way in which we tackle this change forges us into the person we learn to call our adult selves. How much of our childhood selves that remain depends on the strength of our identity how much value we’ve come to hold in that identity.

But for the life of me, I can’t see anything but a bright future for Midoriya and the rest of the gang. After all, Academia’s greatest strength lies in its boundless optimism and hopefulness. This gradual shift in tone and slow introduction of greater themes will undoubtedly elevate the experience and change the way we look at these characters for good. But the core of the show and the core of these characters will remain. These kids that we’ve so grown to love, will graduate, become adults, and tackle our cynical, uncaring world with an unabashed enthusiasm and charity that personifies the show. It makes me excited for the things to come and hopeful for the future. And in times like these, this is maybe what we need the most. 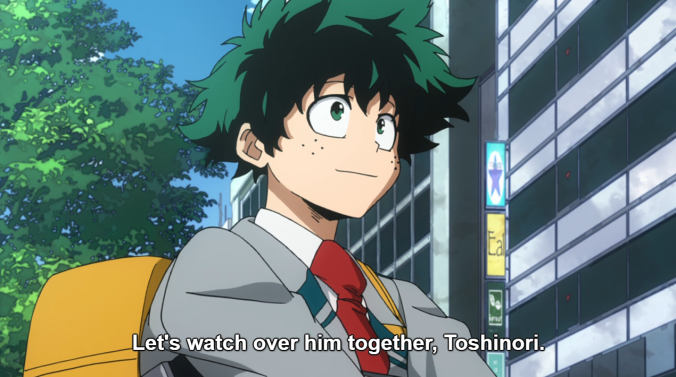 4 thoughts on “It’s a wide world out there”