The buzz around Re: Creators fell off pretty quickly after its halfway point at the start of the summer season and by the end of its runtime I could count the number of people I knew that were still following it on one hand (myself included). With how flawed the show was, I could see why so many people decided not to continue with it but as a story centralized around creators and the creative process, with a focus on encouraging would-be creators to well, create – I personally found a lot of enjoyment in watching the series to see what it wanted to say to relative newcomers like myself.

One idea in particular that came up in the show’s eighteenth episode had me thinking for a while after the end of that episode and with the 12 days event going on now, its relevancy brought the idea right back to the forefront of my mind. This was a concept that came about in a sequence of scenes which featured a conversation between the enigmatic Magane and our all-too-ordinary protagonist Souta, regarding his contribution to the final battle against Altair. His creation would be called into question by Magane as nothing more than ‘Fool’s gold’.

“Wrong. This is called pyrite. It looks like a lump of gold. But no matter how long you look at it, this isn’t gold. The thing that you’re trying to create is something like this, isn’t it?”

This gold that Magane refers to is not so clearly defined in the show but it to seems to symbolize works that have ‘made it’ – creative pieces of great quality and notoriety that have been ‘accepted’ by the public. These are the novels, games, and TV shows that characters like Magane, Selesia, and the others were born from. Fool’s gold is then the works that fall below this level of acceptance or visibility, derivative works and amateur works – pieces created with a likeness to the real thing in the hopes of reaching the same or similar heights.

Souta’s proposed creation was exactly this, a story featuring a character as a direct homage to a person he was once close to, a creator whose work had made it, and made it big. His expectations of acceptance for a piece like this were essentially nothing but he wanted to release it anyway for his own sake. He was given a platform to present his work to a vast audience but without that notoriety, this character of his would never materialize and he would never know whether or not his creation would become real gold.

Luckily for him though, with a little help from Magane, he was given the chance to see where his work would land and as we later learn, he’d hit the bullseye.

Re: Creators suggests that, given an opportunity, anyone who strives to better themselves will find success regardless of how derivative or mediocre their first work is; all we need to try. It’s a little clichéd and kind of naïvely optimistic but as a person as uncertain as I am, these few words of encouragement are often enough to keep me on the path of creating. 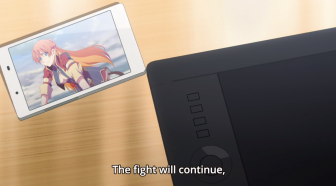 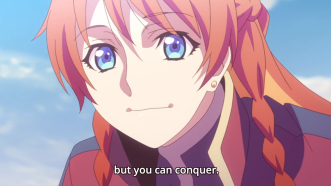 This is my fourth of twelve posts that I’ll be publishing as part of the 12 days of Anime event. Be sure to check out all other amazing writers that are participating in this year’s event here.