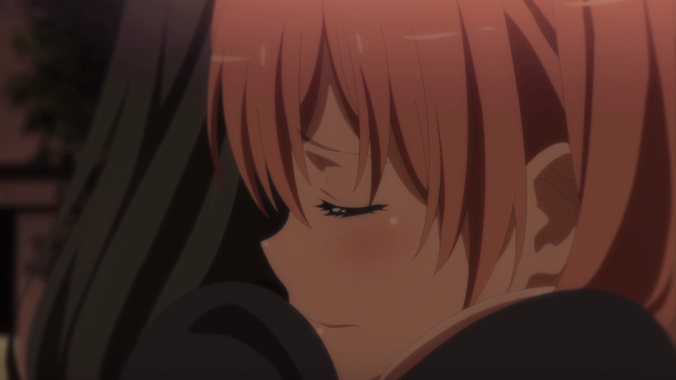 What a weird episode, this week’s one was. As excited as I wanted to be with the arrival of the season’s first yahallo what came with it was a lot of fun but an equal amount of heartbreak. The latter has been, for me, the real highlights of the season thus far which is a fact that has more than likely leaked into my writing with the format of these things. And so, as fun as the first half of this episode was, I’ll be putting my thoughts on them in the footnotes for this one. This week, I wanted to turn the spotlight onto that very important final scene of the episode.

So, without any further ado, let’s talk Oregairu.

The end of this episode was a culmination of the feelings and movements of all the actors in the play that was the service club members’ drama-ridden relationship. “The least we can do is try not to make any mistakes”, Hachiman stated plainly in his end-of-episode monologue. The consideration that the trio have all grown used to giving each other now spoke to just how far each and every one of them was willing to go to keep their group from falling apart. It was the sort of kindness that assumed an understanding of what another person wanted and felt but assumptions can always be so very wrong. And this is what brought us to the painfully sad but inevitable confrontation between Yui and Yukino in the latter half of this week’s episode. Fostered by the growing distance between the two and their mutual uncertainty, Yui wanted to know what the state of their relationship was now. This was what prompted her to ask directly whether Yukino was avoiding her or not. Yukino’s answer was an immediate denial but with excuses that even she didn’t appear to be convinced by. In-text, Yui’s response was an acceptance of her reasons and an apology for even bringing it up but the lingering discomfort between the two was plain to see.

And so, after a moment of uncomfortable silence, Yui declared war. She told Yukino that she would be siding with Hachiman for the prom preparation and that Yukino’s wish was not going to be granted. Her’s was a wish that was never put to words but one that was evidently obvious to Yui. It was also a wish that the two shared, Yukino said, and one that she wanted to have granted to Yui instead; yet another assumption of some kind of understanding between the two girls. Nothing was ever put to words: their feelings, their wishes, and most of all, their intentions. And so, having come to this “mutual understanding” Yui let go of Yukino’s hand. A hand that once warm from the touch of a very close friend, and one that she held to her chest as if it were a warmth that was both precious and fleeting before she turned to leave.

And this very act was what prompted Yui to immediately rush after and catch Yukino. She embraced her and told Yukino that there was still so much that she wanted to do together after all this was over. She wanted to hang out, to celebrate and have sleepovers together, to vacation together, and so on and so forth. Her choice of words here spoke to her fear of losing Yukino and finding herself, once again, alone.

“When April comes, what should we do? There are so many things I want to do together!”

“There’s so much stuff that it’ll take years, decades to do it all!”

April is a time of ends and beginnings. Graduation and new entrances, the passage of winter into spring. When it arrives, Yui wanted Yukino to be there for their next beginning. She wanted her to be by their side for many years to come because right now, she was terrified that she would go away. Yukino by the end was still very unsure of the future, especially her future with Yui. But she decided to assure her that she understood and that she’d still be there, bringing us right back around to their ever-present consideration.

As it turned out, Hachiman was right. Unfortunately for Yui, talking it out wouldn’t work for the three of them, at least not now. Frustrating as it may be, things would need to be spelled out clearly once more after the dust of their competition has settled and when that time comes, the hope is that there’s still something of the trio left to talk about. 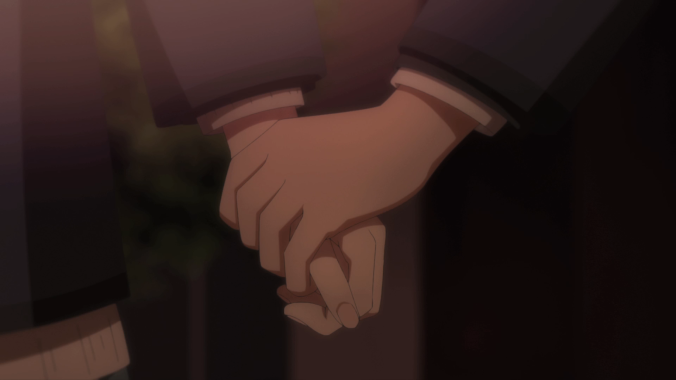 And that about does it for what I personally wanted to talk about for this episode. Moving forward with these posts, I might just do this kind of thing more since the act of summarizing scenes that are little more than just fun moments feels almost tedious at this point. As promised, I’ll leave my reactions and extra notes on whatever was left out in the footer and I hope to catch you again next week.