A couple weeks ago, I noticed that the new volume of A Certain Magical Index: New Testament was fan translated and posted online. As a long time follower of the Raildex series, naturally I went to go and read it. But something was a little off this time around. I’ve been well acclimatized to the less than spectacular writing in the series. The unnatural conversations, unnecessary info-dumps, rampant abuse of meta-commentary, and the like is common for these kinds of novels but this time around I really couldn’t stand it. I came to wonder how I could even follow this series for so long.

This isn’t the first time I’ve felt this way. Near the middle of last year and continuing in the spring of this year, a certain show called The Asterisk War aired in Japan and was simulcast here on Crunchyroll. This was an adaptation of another crappy light novel that I followed in the past, and so I wanted to see it. I watched through the entirety of the anime realizing its mediocrity in full but still kind of enjoying it regardless. However, when I went back to read the newly translated volumes of the novel to see what happens after the anime, I quickly stopped and decided my time was better spent on doing other things. 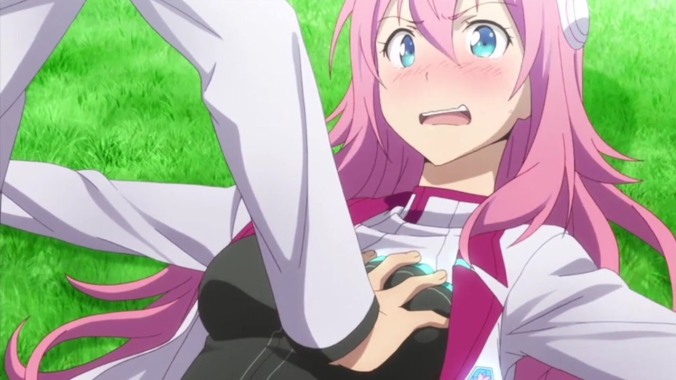 Back when I initially read these light novels, I never looked too deeply at quality of the writing in ways outside of climactic plot points. If the story managed to evoke some kind of emotion from me – whether that be excitement or shock, I kept with it.

At some point, even after realizing the serious flaws in the series’ I continued reading – probably out of boredom and familiarity. Even now I feel the need to go back and finish off that volume, on the off chance that something exciting or devastating happens to the characters I actually care about.

I’m sure this happens to everyone. Once you’re immersed in anything for long enough, you start to really care about the people, characters, or whatever that you’ve gotten attached to.

The feeling that I had when I saw that Asterisk was getting an anime was a weird kind of excitement. I knew that it was going to be bad, but I wanted to see the very fights and climatic plot points that I so enjoyed in the novel animated before my eyes.

I can’t say that I wasted my time reading through Index and Asterisk; I had my fun and got to see these stories presented in my favorite medium, anime. But I can’t see myself indulging in this kind of media anymore.

But maybe I’ll give it another go for old time’s sake.